WOK STAR SUPPER CLUB (previously HOH Wok Club) is a celebration of Asian culture and cuisine and a way for cooking students and I (Eleanor Hoh aka Wok Star) to socialize outside of my Wok Star cooking classes. These gatherings are also open to anyone who enjoys meeting people and exploring new flavors. Of course, students and subscribers to my newsletter get first dibs. Many who’ve attended have gone back to these restaurants to try other dishes and told friends about them, so win win for everyone. Over the years, I’ve had the honor of building wonderful relationships with many journalists, editors and foodies who all help to promote these events through social media and online sites.  So, it’s a great promotion for the chefs and restaurants.

After a few years hiatus, I have resurrected my WOK STAR SUPPER CLUB gatherings. I’m thrilled to introduce numerous new restaurants focusing on modern Asian eats. I like supporting small restaurants that serve good food and have a nice ambience. For me, eating out has to be a complete experience and in Miami, unfortunately, not many Asian eateries have both.  As a foodie friend, Joan says, ‘it’s like you’re giving your seal of approval’ when you review their restaurants or bring your Wok Star Supper Club there!

My aim is to create a tasting sampler at a great value. It’s an excellent way to be introduced to what the restaurant has to offer and gives the chef an opportunity to talk about his/her style of cooking (unless they’re shy of course, then I have to help them.) Starting off with a meet and mingle, drinks and snacks, then get down to the eats. There’ll also be giveaways for lucky raffle winners.

I hope to have these gatherings on a regular basis, well, depending of course with how many restaurants there are. It seems they close and open so quickly, so we have to be vigilant and act quickly.
If you want to be notified of future Wok Star Supper Club gatherings and other Asian related news, the best way is to subscribe to my newsletter in right sidebar ——>>>

Please note: If you have food related allergies, strict dietary requirements, religious restrictions; are salt sensitive, vegetarian, pescatarian, or vegan; don’t like your meat cooked medium rare, or are pregnant: these gatherings are probably not for you.
Here’s a list of Wok Star Supper Club gatherings we’ve had… 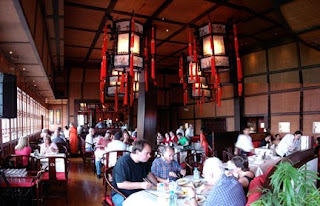 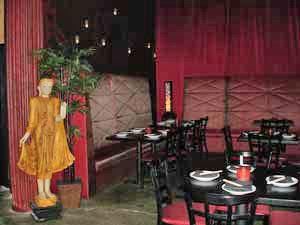